“My frustration is how easily the forces of disinformation can fog what is a very clear-cut issue.” 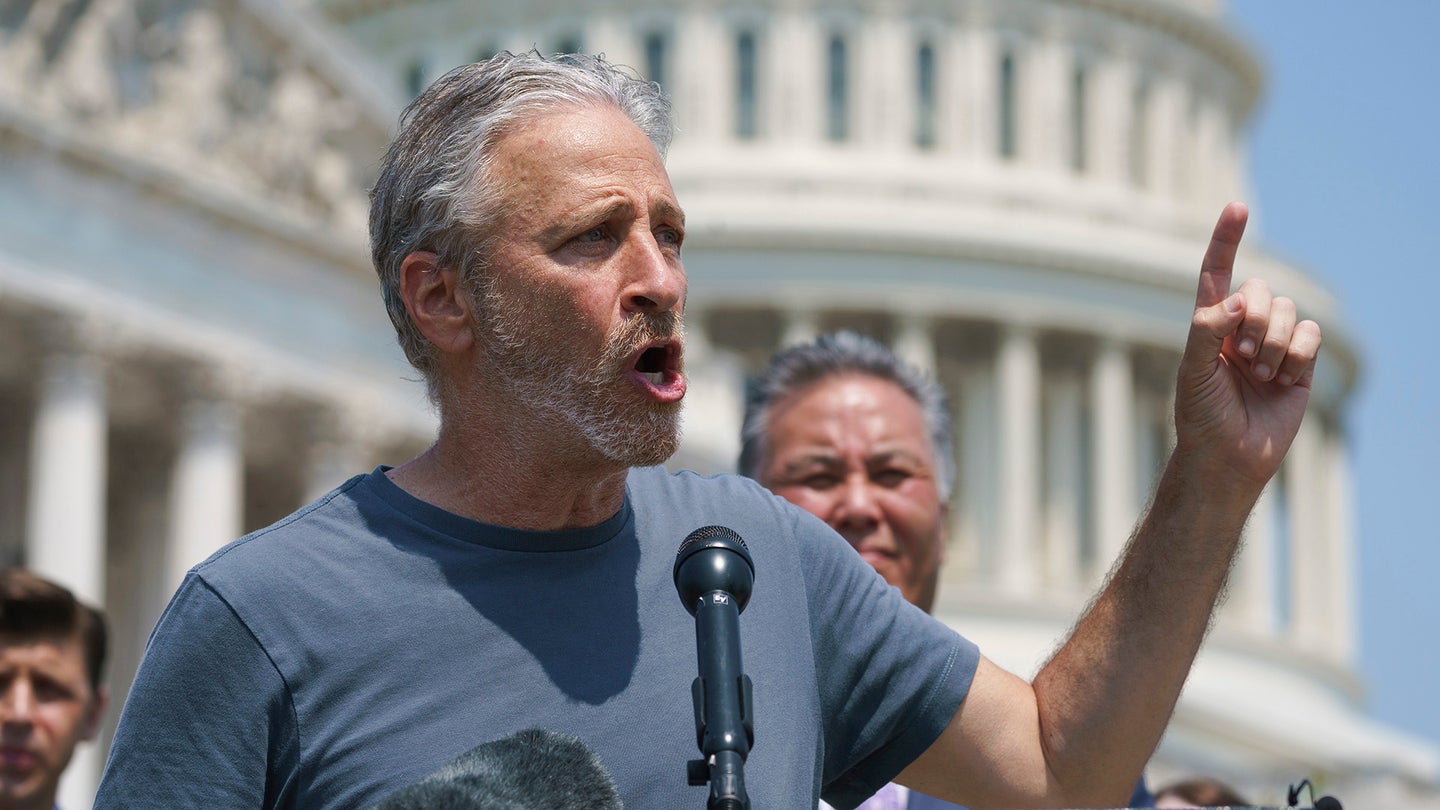 Many veterans, military families, service members, and their advocates were outraged last week when 41 Senate Republicans blocked the passage of the Promise to Address Comprehensive Toxics Act. Known as the PACT Act, the bill would allow the Department of Veterans Affairs to presume that Iraq and Afghanistan veterans suffering from 23 illnesses were sickened as a result of their service, owing to exposure to burn pits and other sources of toxins. The VA currently denies about 70% of medical claims from veterans who say they are suffering from lung cancer and other diseases.

The PACT Act would also make it easier for Vietnam War and Gulf War veterans to file medical claims, yet the legislation has been stalled amid the highly toxic partisan atmosphere in Washington.

Normally, a story about veterans being screwed out of their benefits would not make national news, given the general public’s apathy toward veterans’ rights. But Jon Stewart, a comedian, former host of The Daily Show and veterans advocate, has given veterans’ organizations a gigantic megaphone, making it impossible for the national news media to ignore the plight of sick veterans who have spent years fighting to get the care they need, only to watch Senate Republicans celebrate with a fist bump after denying them medical care.

Stewart spoke with Task & Purpose about the way ahead for the PACT Act and why it is so hard for veterans’ stories to break through into the national conversation.

This interview has been lightly edited for length and clarity.

Q: Do you have any ideas about why it’s so hard to get people outside the military to care about this story?

Man, you figure that out: Bottle it and sell it to everybody. It’s really difficult.

Look, the media – it’s a really interesting phenomenon: If somebody drops a bomb somewhere; they’ll stand outside, and they’ll camp out, and they’ll put themselves in harm’s way, and they will be relentless in pursuit of it – and it’s a noble pursuit; and it’s dangerous and all those things.

This has been something that this country has struggled with for hundreds of years: Always money for war; never money for the warfighter.

Look man, what was the first rebellion in America, 1787: Shay’s Rebellion. It was a bunch of military veterans going: “Hey man, I’m sorry to bother you guys, but didn’t you mention something about us being paid?”

That’s the track we’ve been on. I mean, there’s things in this bill for Vietnam veterans. That’s embarrassing: Guys who have been fighting for their benefits since the early 1970s – and we still haven’t gotten it right. This is crazy.

Q: When you look at the media coverage, do you see anything that frustrates you because they are not getting at the real issues here?

Sure. The forces of misinformation – as you have seen – are vast and organized. And they will do what they can to distract, to obfuscate – to do everything but get to the core issue.

[Sen.] Pat Toomey [R-Pa.] says there’s a budgeting gimmick that allows the Democrats to spend $400 billion of pork: Where? Where is it?

Now, to Toomey’s credit, he’s been consistent. But the bill hasn’t changed since May. And the Democrats didn’t design how this thing is paid for. It’s from the Senate Veterans Affairs Committee working with the VA. And this is not a Democrat bill.

They use my involvement as a kind of a lightning rod to grab that criticism. This is the VFW, the American Legion. These are not bastions of liberalism. These are organizations whose constituents have fought in these wars and are suffering the consequences.

So, my frustration is how easily the forces of disinformation can fog what is a very clear-cut issue.

Q: What was your reaction when you saw the video of the fist bump after the vote?

Oh, God. Your stomach drops. I mean, to be honest, the vote itself was a gut punch.

I guess the question I keep trying to get clarification on is kind of simple, which is: What was put into the bill – what was added, what was snuck in, what was manipulated – that changed your vote from the yes vote you gave on June 16 to the no vote you celebrated on the floor of the Senate, where you denied these folks desperately needed healthcare benefits?

I don’t know that I’ve ever seen a clearer example of people in power so removed from the suffering and needs of those that this bill is meant to address. It was really a baffling, horrifying moment.

Q: What is the plan going forward?

It’s sort of the same plan as we’ve had all along. The thing for people to remember is this has been a long process. Some people have been doing this for 15 years. I’ve been in it for four years. But this is a product of a lot of meetings – not with Democrats. With Democrats and Republicans; sitting down with Sen. [John] Boozman [R-Ark.], Sen. [Jerry] Moran [R-Kan.], Sen. [Jon] Tester [D-Mont.]

This is not happenstance – how this was designed. It’s not a gimmick. Nothing was inserted in it. There’s no hidden agenda. There’s no secret pork barrel spending. This is all nonsense. And I don’t know why they’re fogging it up. I really don’t.

I can’t figure out what they’re trying to do.

Q: What do you feel needs to be included in this story about the importance of the PACT Act and why it needs to be passed?

The importance of this bill is there are real people who have fought and died for this country – for whatever reason they chose to be in the military – they lived up to their oath. And it’s our obligation to live up to the deal we made with them.

And if we can’t do that, then we’re not much of a country.