“If the Navy can collect an average of four-thousand pounds of trash on California’s most remote island, it tells us there is too much trash in the ocean.” 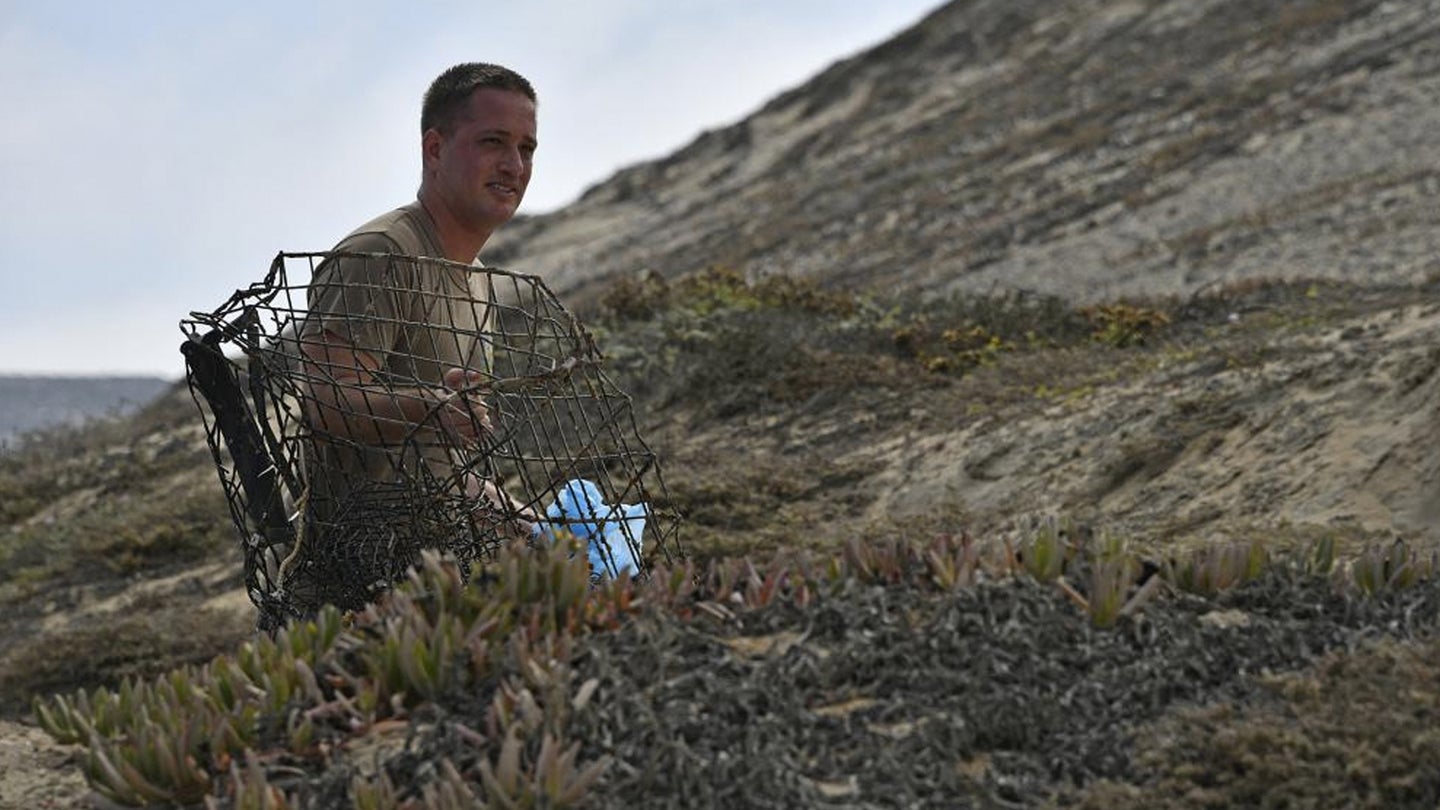 Shooting guns is fun, but not so much fun is the ritual of ‘police calling,’ where U.S. troops line up at the range after they’re done shooting to pick up every single spent casing they can find. Task & Purpose has written several articles about how much of a drag it can be to police call spent brass at the range, or to clean up the base grounds in an early celebration of Earth Day. But those tasks pale in comparison to what several sailors had to do earlier this month.

Add this to your list of isolated military installations you’ve never heard of: about 60 miles off the coast of southern California is a tiny landmass called San Nicolas Island. The few residents of the island include shrubs, seabirds, island foxes, lizards and Naval Outlying Landing Field San Nicolas Island. The Navy owns the island, since the isolation makes it an ideal training and testing facility. But the island is not isolated enough to escape one of humankind’s most ubiquitous byproducts: garbage.

Earlier this month, nearly 50 sailors and civilians assigned to Naval Base Ventura County and the Naval Air Warfare Center Weapons Division journeyed to San Nicolas Island, where they removed more than two thousand pounds of trash and debris on three of the island’s beaches.

Why did sailors and civilians spend an entire day picking up trash? Capt. Robert “Barr” Kimnach III, commanding officer of Naval Base Ventura County, said it’s part of a tradition at his organization.

“NBVC has a long tradition of engagement programs that foster community service and protects the environment while also increasing public awareness and understanding of America’s Navy,” he said in the press release.

That tradition is particularly important at San Nicolas Island, whose beaches are home to a threatened small shorebird species called the Western Snowy Plover. Northern elephant seals, a protected species under the Marine Mammal Protection Act, also visit the island’s beaches in the winter, the press release explained. Trash can threaten both species.

“We have removed a large number of micro plastic sources,” Cmdr. Keith “Fudge” Buckingham, officer-in-charge of San Nicolas Island, said in the press release. “Things like fishing nets, clothes, and plastic bottles break down when exposed to water and sun, creating harmful micro plastics that are ingested by the local marine life.”

All in all, picking up a ton of trash to help protect endangered or protected species may not be the worst way to spend a day. But the fact that so much waste ended up on such an isolated rock is troubling in its own right.

“Look where we are,” Bill Hoyer, natural resource manager for Naval Base Ventura County, said in the press release. “If the Navy can collect an average of four thousand pounds of trash (2 beach cleanups annually) on California’s most remote island, it tells us there is too much trash in the ocean.”

Hoyer is right: about 11 million metric tons of plastic waste enters the ocean every year, according to The Pew Charitable Trusts. Plastic does not decompose, so all that junk either floats on the surface or sinks to the bottom, where it often winds up killing marine animals who eat it or get tangled up in it. That’s a problem that will take more than just a few disgruntled junior enlisted service members to clean up. Still, don’t give the commander any ideas.