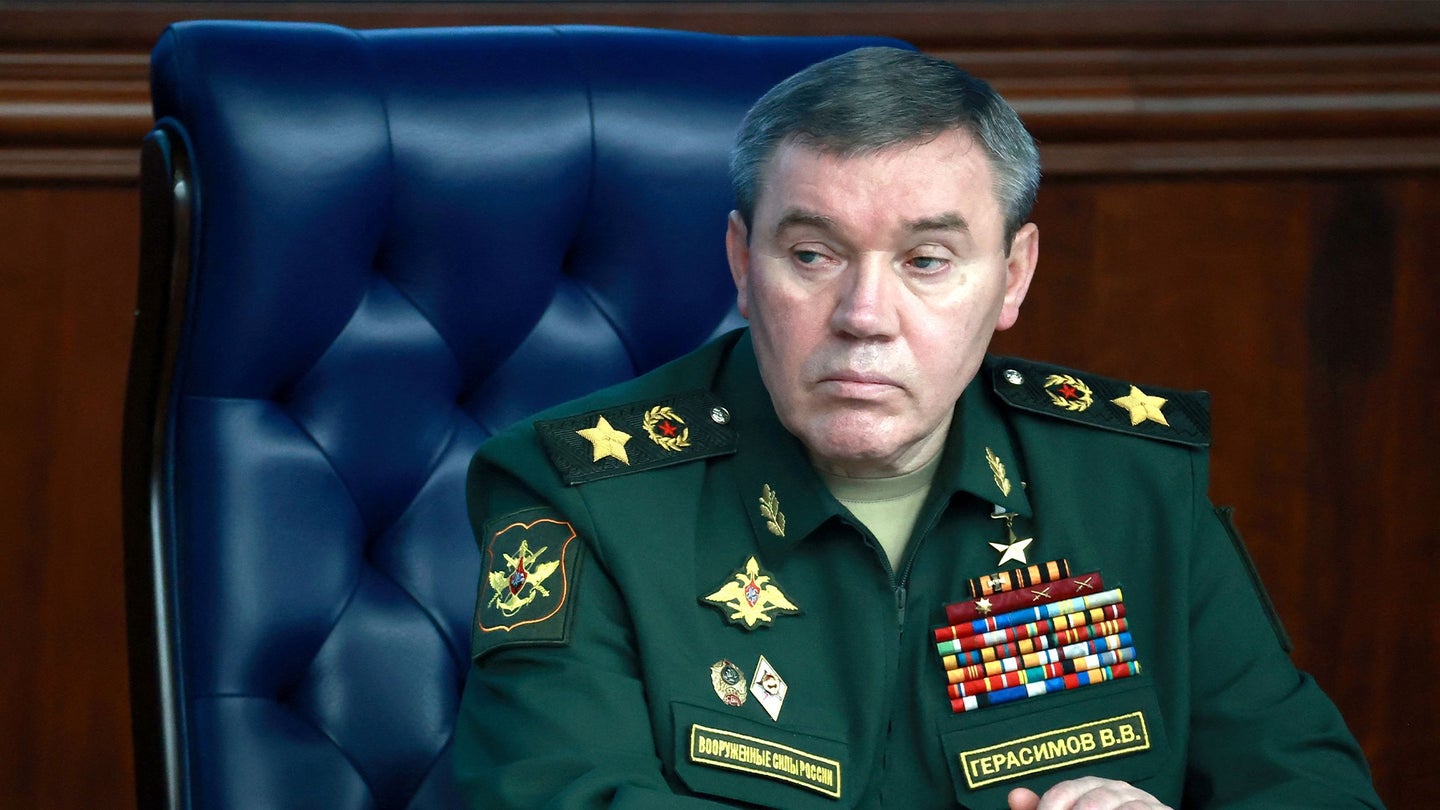 Nearly a year into Russia’s invasion of Ukraine, the new commander of the “special military operation” in the country has a new order for Russian forces there: police them moostache hairs!

Chief of the General Staff of the Russian Armed Forces Gen. Valery Gerasimov, who became commander of all Russian troops in Ukraine on Jan. 11, has served in the Russian military since 1977 and has developed a reputation for military discipline. During the second Russian war with Chechnya, he was described as “a man who was able to preserve an officer’s honor“; another Russian general referred to him as “an accomplished general… who has demonstrated that he is a thoughtful leader and a good organizer.”

Indeed, Gerasimov is so committed to winning this war that his first order of business in his new role is to have Russian soldiers actually act like they are in a modern military that makes its members shave daily.

According to Monday’s intelligence update from the UK Ministry of Defense on the ongoing Russian invasion of Ukraine, Gerasimov’s first visit to the front lines resulted in an order to officers to “clamp down on non-regulation uniforms, travel in civilian vehicles, the use of mobile phones, and non-standard haircuts.”

Those attempts to regulate “non-standard” haircuts have apparently become a major cause of consternation among rank-and-file soldiers on the front lines of the Russian invasion.

“Some of the greatest derision has been reserved for attempts to improve the standard of troops shaving,” reads the UK report. “Officials in the Donetsk People’s Republic described the prioritization a ‘farce that would hamper’ the process of destroying the enemy.

The head of Wagner Group — the infamous Russian private military company that currently has as many as 50,000 fighters operating in Ukraine alongside conventional Russian forces– is also not a fan of the shaving mandate.

“War is the time of the active and the courageous,” said Yevgeny Prighozin. “And not of the clean-shaven.”

Gersimov’s order is one that has a long standing in militaries around the world. Indeed, non-commissioned officers around the world love to enforce grooming standards: it’s a simple task that can be easily enforced.

It’s worth noting, though, that the Russian military does not have a true NCO corps dues to its reliance on conscripted soldiers, which means the Russian force basically consists of just junior officers and sergeants who are “either appointed or elected” and “have no training,” as retired Army Lt. Gen. Mark Hertling previously told Task & Purpose.

As long as there have been grooming standards, there have been soldiers complaining about them. Consider one 1801 incident that saw an order from U.S. Army commander Maj. Gen. James A. Wilkinson for his soldiers to cut their long hair cause troops to “howl in protest, until their resentment swelled almost to mutiny.”

But to be fair, it’s not as though Russia’s not-so-clean-shaven troops have really proved their prowess in battle. They often end up stuck in elevators and are prone to giving away their locations on social media, one of the things Gerasimov is trying to cut back on.

Gerismov’s orders to shave and get a haircut (and not just steal washing machines) appear to indicate that the Russian brass is “increasingly seen as out of touch [and] focused on presentation over substance,” according to the UK defense update. And without an NCO corps to lean on, how Gersimov’s orders to police various mustache hairs will filter down through the ranks remains to be seen.