“There’s just no other way to say it: It’s the Army’s fault.” 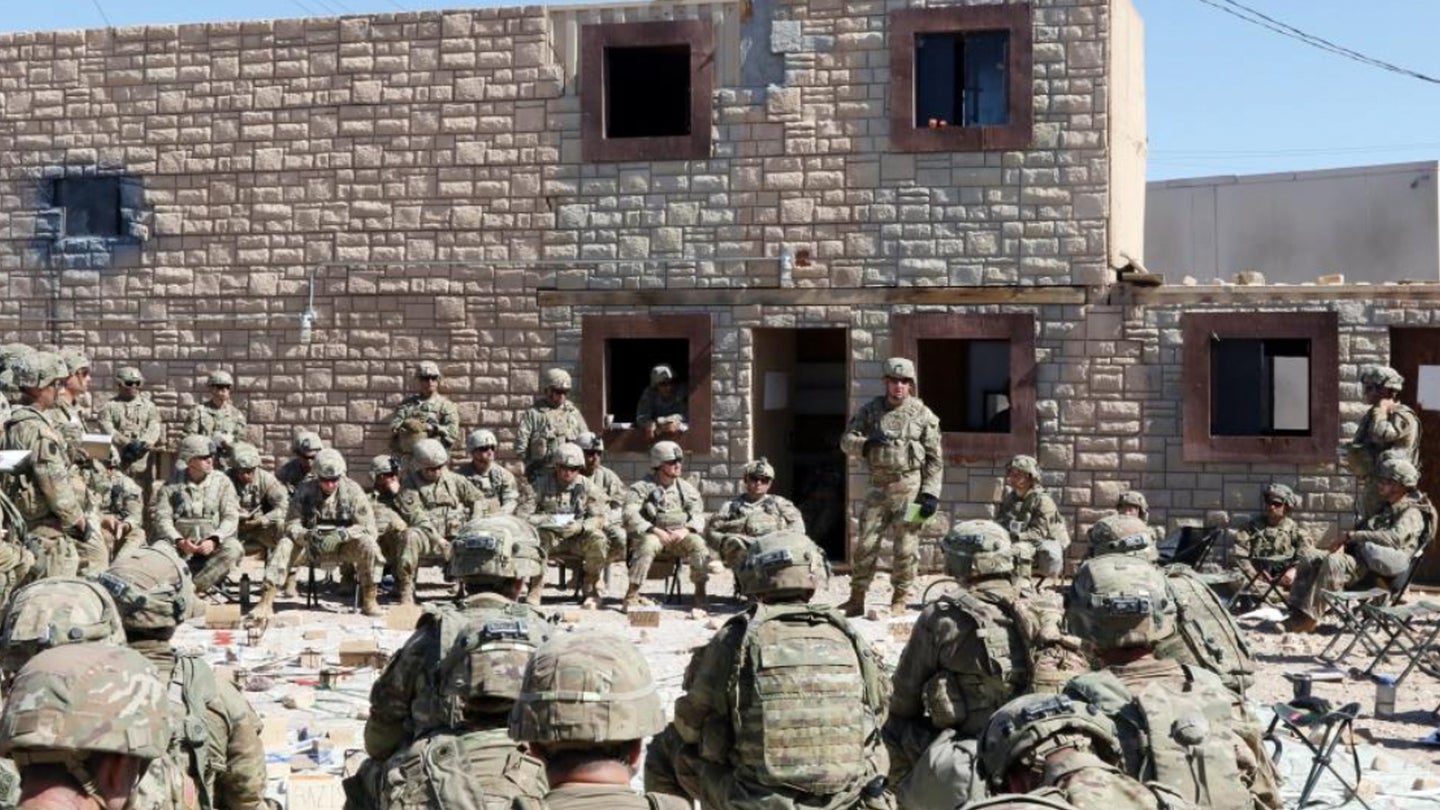 Pennsylvania National Guardsmen who have been on a training exercise since mid-June are facing various financial challenges after an apparent technical issue in the payroll system left many without a paycheck.

The 56th Stryker Brigade Combat Team, Pennsylvania National Guard, has been on a scheduled rotation through the National Training Center in Fort Irwin, California, for the last month. A non-commissioned officer in the brigade’s 1st Battalion, 111th Infantry Regiment, who spoke to Task & Purpose on condition of anonymity said that their orders for the rotation were for June 18 to July 17. Typically, the NCO said, soldiers could expect to be paid halfway through that rotation.

Almost a month since arriving at NTC, soldiers recently began realizing they hadn’t been paid at all.

Col. Jon Farr, commander of the 56th Stryker Brigade Combat Team, called the pay issues “super frustrating” on Thursday. He told Task & Purpose that they first became aware of the problem, which he said has been narrowed down to a technical issue with the Army’s payroll software system, roughly four days ago. While at first they thought it was isolated to one company, they soon realized it was affecting soldiers in other units, so the issue was raised to state-level leadership. Farr said the unit has been working with them “around the clock” for the last two to three days to get things resolved.

“It’s even more frustrating because, for me as a commander, like everything the unit’s been through the last three years — with COVID response, we were one of the first unit’s in D.C. in January 2021, normally you get a 2-year notice or leave time for the National Guard to come out to NTC, we got just over a year — really all the sacrifices and stuff that soldiers and families have given makes it so much more frustrating to me that they don’t get paid,” Farr said. “We’re not doing right by them by not paying them in a timely manner.”

Because the soldiers were busy training at the National Training Center, a sprawling desert training area of over 300,000 acres where brigades get critical hands-on combat training, they didn’t know that the paycheck had been missed. Soldiers aren’t on their phones, so when payments were declined and checks bounced halfway through their rotation, they had no idea. But as they got nearer to the end, some soldiers started quickly checking on payments and things they’d set up to be done automatically while they were gone.

“They discovered there were no LES’ [Leave and Earnings Statements] published, and that people around them had gotten paid in other units, and you know maybe a check bounced or a phone call from a wife — it just started trickling down to us that there was an issue,” the NCO said. “Although [there was] no official word from higher.”

Word started spreading quickly through the battalion, leading soldiers to check in with friends at other units and see if they too had missed a paycheck. They hadn’t. The NCO said they knew of some soldiers who were already struggling financially before their rotation, and saw the month-long training as an opportunity to help them “smooth out [their] financial situation.”

“It’s the total opposite,” the NCO said. “Instead, they’re drowning even more. It’s been really difficult.”

Farr said it seems the bulk of the soldiers experiencing issues with their pay are in the 111th Infantry Regiment, though he said that he’s aware of others outside of that unit who are as well. The NCO said some soldiers had started seeing leave and earnings statements in their accounts, telling them their paycheck would be deposited on the 20th. Farr echoed that, saying 90% of the formation should have money in their accounts by the 20th, and the “vast majority” of soldiers should be paid by the 22nd at the latest.

That still doesn’t account for bills that need to be paid immediately, however. For soldiers facing things like late fees or credit issues because of late or rejected payments, Farr said he’s directed them to the Pennsylvania Guard’s Soldier Services Division, which he said would work “directly with an employer or a creditor … to try and resolve a situation.” He also said that he signed a memo three days ago for soldiers and families to provide to employers or creditors, and that they would “work with folks individually, one-on-one, because everybody’s situation is a little bit different.”

But what’s most disappointing, the NCO said, is that this is not the first time something like this has happened. There were pay issues in 2019, and in 2018 — every time the unit does “something major” or a month-long movement of some kind, the NCO said. The soldier added that it didn’t appear anyone had learned anything from the previous mishaps, and it doesn’t seem likely there will be any lessons learned after this most recent example.

Asked how leadership would ensure this did not happen again, Farr said two colonels who serve as the state fiscal officers are working with the National Guard Bureau to identify exactly what happened and what “those interface problems are,” to avoid it in the future.

But for some soldiers, it may be too little too late. The NCO said they know of at least two soldiers who were coming up for re-enlistment have now decided not to. The pay lapse was the “nail in the coffin” of their decision, the NCO said.

“There’s just no other way to say it: It’s the Army’s fault,” the NCO said. “The Army screwed up. And the soldiers are suffering financially for it.”

Farr said he hoped soldiers didn’t decide to leave service because of the lapsed pay, but that he understands the frustration among soldiers and families.

“We’re doing everything we can,” he said, “from me, from the company commanders, from the senior NCOs, to the general officers in the state, to make it right for our soldiers and our families.”