Stop porch pirates in their tracks and spy on your neighbors at the same time. 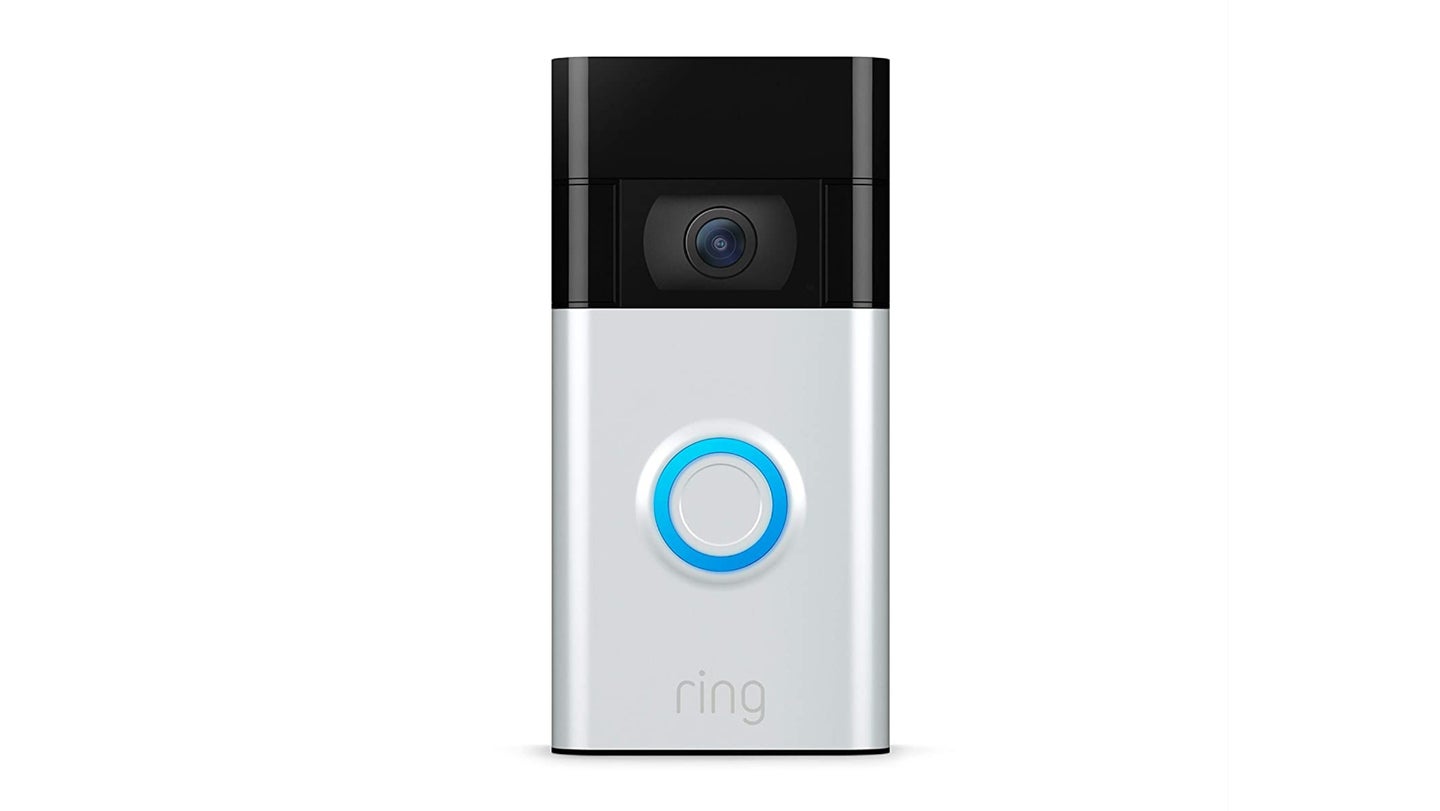 Whether you want to try your hand at being Big Brother or just want to add another layer of security to your home, consider picking up the 2020 model of the best-selling Ring Video Doorbell during Amazon Prime Day for $75.

Now, you might be thinking that the Ring offered up in this deal is two years old and, well, a lot has changed since then. But in reality, this device is more than capable of watching over your front porch. The basic model is equipped with 1080 HD video quality, on-demand video and two-way talk, motion detection, and 2.4 GHz Wi-Fi connectivity. Even if you don’t stop the porch pirate in the act, at least you’ll have a crystal clear photo of him doing it.

With more than 104,000 reviews, the 2020 Ring Video Doorbell has an average overall rating of 4.7 stars on Amazon, making it both widely and highly rated. Indeed, many five-star reviews credited their Ring Video Doorbell with helping police serve justice by providing video evidence of thieves in action.

“I was able to file a police report and send them this video,” one user wrote following an attempted robbery. “The clarity is spot on for me. I received notification that a person was detected, logged on to the device at work, (and) shared the video with(in) 5 minutes. (It’s) well worth the money.”

According to reviews, the main criticism was that the Ring Video Doorbell is more difficult to mount than the first generation. One user explained the first generation mounted as a single unit whereas the 2020 version uses a mounting plate, which gets in the way of the electrical wires. It gets difficult if you need to constantly remove to recharge the batteries.

Overall, the 2020 Ring Video Doorbell delivers top-notch video quality even though it might be a pain in the ass to mount. But if you’re concerned about having to change the battery on the reg, you can always upgrade to the Video Doorbell 3 for about $100 more.