Make sure to read the fine print, though 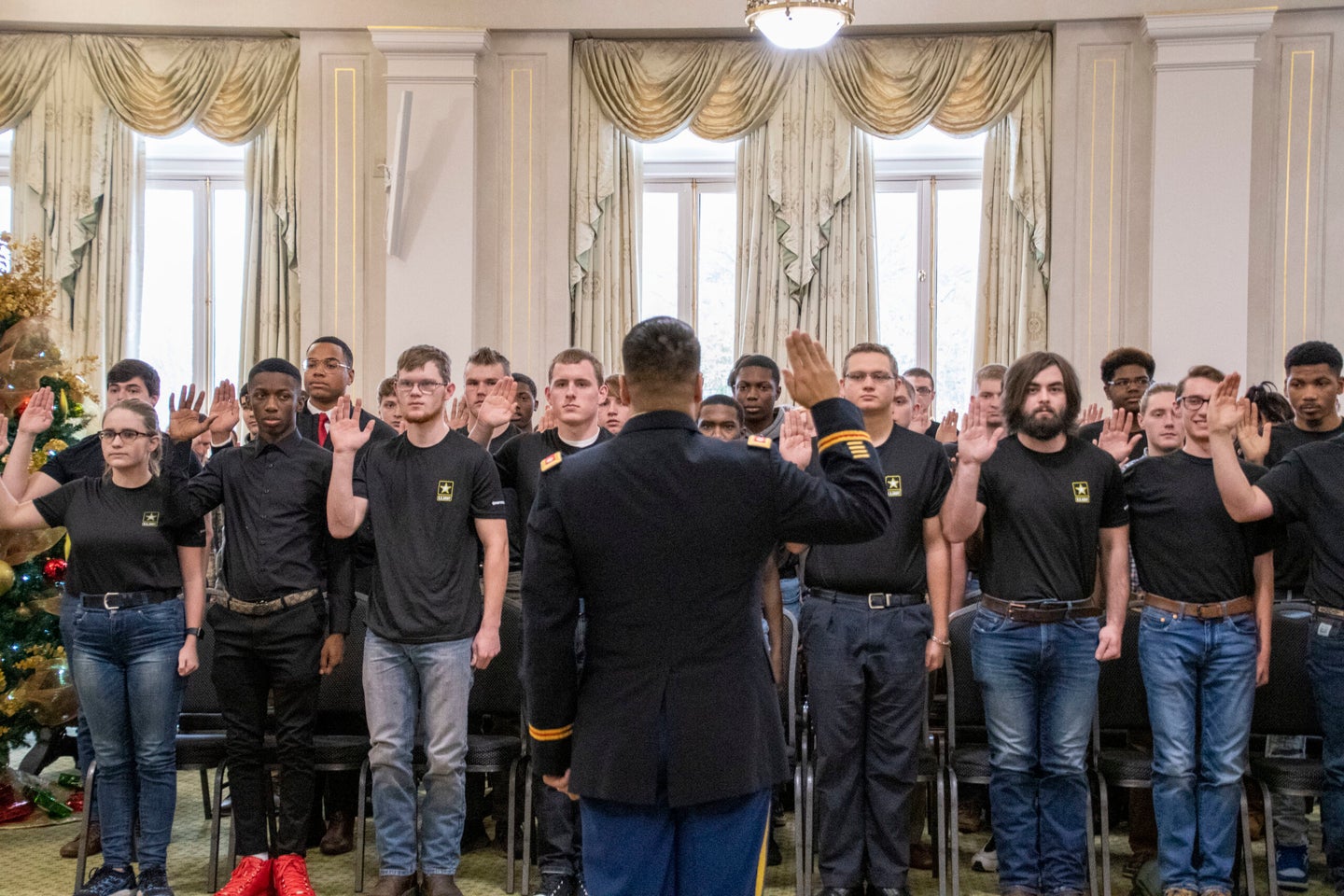 When it comes to a first assignment, some of the Army’s newest recruits will have a chance to pick their poison.

“The Army understands that having the option to stay closer to home and loved ones is a big deal, and it’s taking steps to make the decision easier on applicants,” said Brig. Gen. John Cushing, the deputy commanding general for operations at U.S. Army Recruiting Command in the statement.

Lest anyone think this is their chance to spend the next three years in Hawaii or Italy, the needs of the Army, as always come first. With the new enlistment option, recruits can choose from Fort Carson, Colorado; Joint Base Lewis-McCord, Washington; Fort Bliss and Fort Hood, Texas; Fort Polk, Louisiana; Fort Riley, Kansas; Fort Stewart, Georgia; Fort Drum, New York; and installations in Alaska.

While the Army met its active-duty goal of 57,500 new members, recruiting over the past several years has not been without its challenges. The percentage of Americans who are even eligible to enlist is shrinking, with the largest single disqualifier being weight.

The Army has looked at creative ways to broaden its appeal, from looking for recruits in areas of the country that may not be hotbeds of military service to seeking a more diverse pool of applicants.

The service has tried esports – although that mostly ended up with recruiters dodging questions about war crimes – and dropping some bars on the educational and financial opportunities available in the Army.

It’s also offered more opportunities for the one thing all soldiers can enjoy – cash to spend, interest rates on Dodge Challengers be damned.

Last month, the service announced that it would offer enlistment bonuses that could reach up to $50,000, along with short, two-year enlistment terms.

So, if military service and the heat and humidity of central Louisiana sound appealing, 2022 sounds like a great year to contact a recruiter.