This airman was just trying to enjoy his honeymoon. He wound up saving a man’s life

“My only focus was on the patient. I wasn’t going to lose this man’s pulse," said Air Force Staff Sgt. Harris Belmonte. 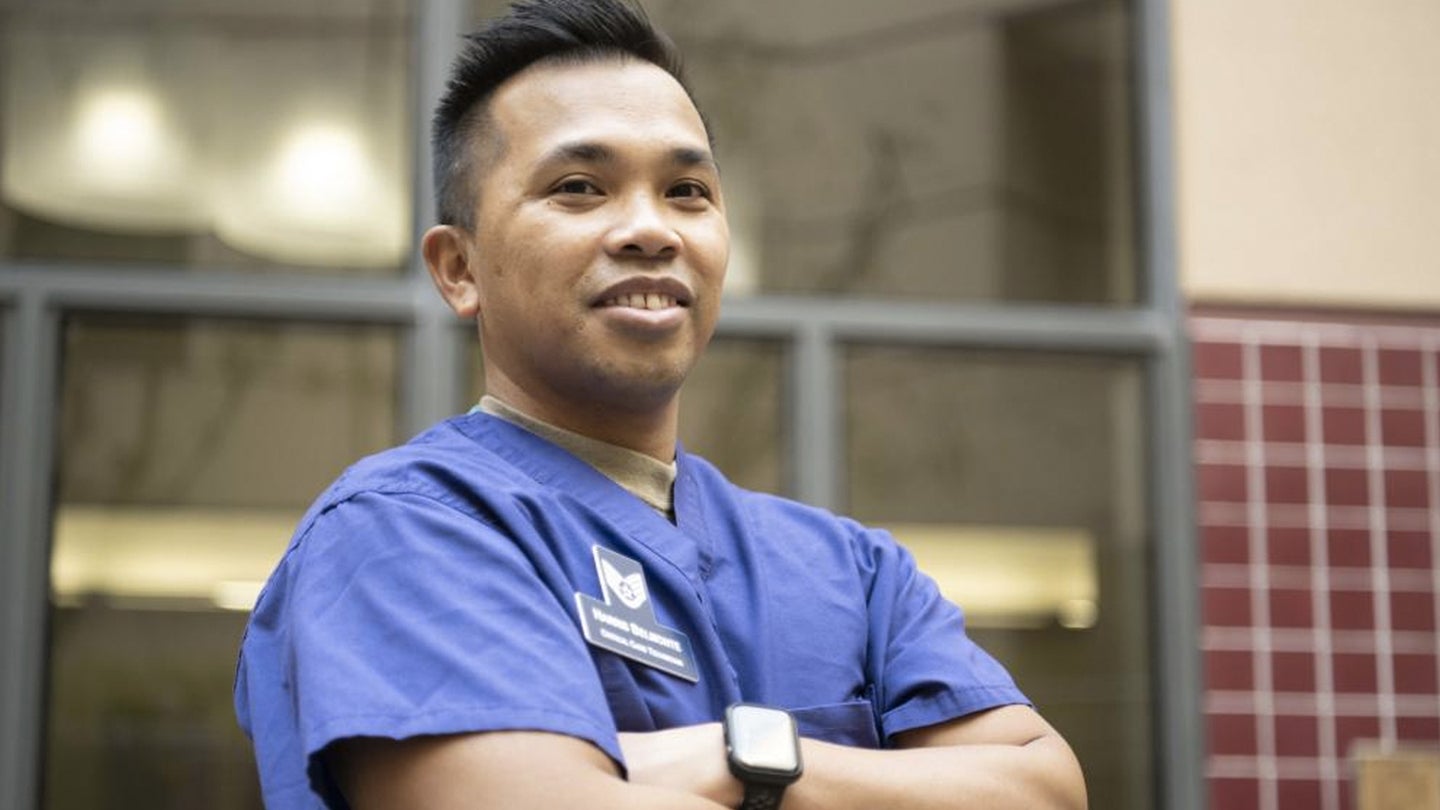 Air Force Staff Sgt. Harris Belmonte and his spouse Betty were on their way to take photos of Halona Beach in Honolulu, Hawaii on Nov. 3 when they heard screams for help. The Hawaii trip was supposed to be the couple’s honeymoon, but when you’re a medical provider like Belmonte, work has a way of catching up to you.

“I rushed over immediately and saw an individual lying down appearing to be unconscious,” said Belmonte, a critical care shift lead for the 60th Inpatient Operations Squadron, in a recent press release by the public affairs office at Travis Air Force Base, California, where Belmonte is based.

The airman saw eight people gathered around the unconscious man, who had been taken out of the water. They were attempting CPR, but they were using an improper technique.

“I felt at that moment that it was my responsibility to take charge of compressions and have someone else focus on giving breaths,” said Belmonte, who explained that he and his fellow critical care technicians often practice this kind of situation at the hospital. “Training kicked in.”

After rendering two cycles of CPR, Belmonte detected the patient had a weak pulse and was breathing. Belmonte, along with the others who’d responded to the calls for help, put the man in the recovery position, where the patient lies on their side, and tried to talk with him while rubbing his back, but he was still unresponsive. Belmonte noticed that the man was showing signs of agonal breathing, “a near-death condition where a person gasps and moans,” according to the Cleveland Clinic. It is the result of a reflex of a person who is not getting enough oxygen and is gasping for air, the press release explained. To make matters worse, one of the other people assisting with medical care shouted that they could not get the man’s pulse.

“At this time everything got silent and my only focus was on the patient,” Belmonte said. “I wasn’t going to lose this man’s pulse.”

The airman rendered another cycle of CPR before paramedics finally arrived and took over patient care. They maintained the man’s pulse and took him away for further treatment. Though the press release did not say what was ailing the man or whether he recovered, Belmonte certainly gave him a fighting chance.

Active duty service members account for less than one half of 1% of the total U.S. population, but many of them end up in life-saving situations like Belmonte did. This year alone, service members saved eight people from a circling bull shark, pulled a man from a burning truck, saved two critically-injured motorcycle accident survivors, fought off a grizzly bear, thwarted a jewelry store robbery, helped stop a nightclub shooter, and pulled a couple from a burning building. It seems that service members find themselves in the right place and the right time with regularity. It helps that service members often have the will and the training to help others in need, two traits Belmonte has in spades.

“Our son always tells my husband that he is his superhero,” said Betty. “That day, he showed his superpowers!”